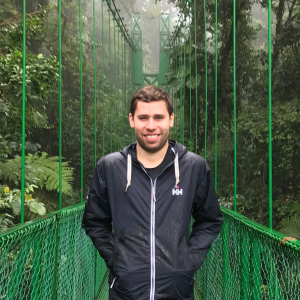 In this blog post we will discuss APOE (Apolipoprotein E) and its role in Alzheimer’s disease.

Cholesterol and fats receive much bad publicity. Many people are surprised to learn that they play an important role in our bodies! Cholesterol is critical for producing hormones, which act as chemical messengers in the body. It is also a major component of bile, which serves to aid digestion. Fats are essential for the growth of cells in the body, and they also help to surround and protect vital organs.

While traveling through the body, the apolipoprotein “cargo ships” attach to receptor proteins that sit on the surface of our different cell types. These receptors act like hooks that grab onto the apolipoproteins and bring them into the cells. Once inside the cells, cholesterol and fats can be used to support the critical functions of the cells.

Apolipoproteins are a group of proteins. Different apolipoproteins preferentially interact with different types of cholesterol. Apolipoprotein E, or APOE, which is located on chromosome 19 is a member of the group that mainly packages and transports LDL cholesterol. APOE can be found all over the body, but it has a special role as the principal cholesterol transporter in the central nervous system (CNS), which comprises the brain and spinal cord. Here, APOE is made by CNS cells called astrocytes before going to work hauling cholesterol to the neurons. Neurons are cells that get and transmit information across the nervous system, allowing us to receive and respond to sensory information.

There are 3 main alleles, or versions, of the APOE gene: E2, E3, and E4. These apolipoprotein E polymorphisms have arisen through DNA mutations. Alleles are commonly the result of a mutation in a single nucleotide, or letter, of a gene. These mutations are known as single nucleotide polymorphisms (SNPs). The three alleles of the human apolipoprotein E gene arise from 2 SNPs: rs7412 and rs429358.

While changing just 2 letters of a gene might not seem like much of a difference, the APOE alleles have astounding large effects on risk for many diseases, ranging from Alzheimer’s disease to atherosclerosis to malaria. For example, APOE allele status is known to be the major genetic determiner of Alzheimer’s disease risk. In fact, differences in APOE allele might mean the difference between a decreased risk and a 20-fold higher risk than average of developing Alzheimer’s.

What might your apolipoprotein E genotype say about you?

An individual with the E2 (epsilon 2 or ε2) allele has a “T” nucleotide at both SNPs. Around 8.4% of the human population is thought to have this allele. Previous research suggests the E2 allele may give an individual a lower Alzheimer’s disease risk than average.

Studies have also suggested a connection between the APOE2 allele and atherosclerosis, a disease of the arteries. The E2 allele may also increase the risk of developing type III hyperlipoproteinemia, a disorder characterized by high total cholesterol and low HDL cholesterol levels.

The E3 (epsilon 3 or ε3) allele is the most common allele, with an estimated 77.9% of the population having this variant of the APOE gene. This APOE genotype is the result of a “C” nucleotide at the rs7412 SNP and a “T” nucleotide at the rs429358 SNP. For Alzheimer’s disease risk, the E3 allele is considered “neutral”. Other studies have suggested individuals with the E3 allele may have an increased risk of developing severe malaria.

The E4 allele (epsilon 4 allele or APOE ε4) is characterized by a “C” nucleotide at both the rs7412 and rs429358 SNPs. Though only present in about 14% of the population, nearly 40% of Alzheimer’s disease patients have a copy of this Apolipoprotein E allele. Individuals that inherit the APOE 4 allele from both parents may have 20 times higher risk of developing Alzheimer’s. Furthermore, individuals with this allele are often part of families that can be characterized as Alazheiemr’s early-onset families.

Though not fully understood, this elevated risk may come from the variant’s inability to break down amyloid plaques. These plaques are build-ups of protein that disrupt the function of the brain. They often form when APOE proteins bind heparan sulfate proteoglycans (HSPGs) on the surface of cells.

In addition to Alzheimer’s disease, the E4 allele also increases a person’s risk of numerous other diseases. Among these are atherosclerosis, HIV, sleep apnea, severe malaria, and multiple sclerosis progression. The APOE 4 allele also appears to speed up telomere shortening, a process associated with aging and aging-related diseases.

Though the Apolipoprotein E4 allele might suggest an increased risk of Alzheimer’s, it is not certain that an individual will develop Alzheimer’s. For example, the correlation between APOE alleles and Alzheimer’s risk does not appear to hold across every population. While Nigeria has the highest frequency of the E4 allele, Alzheimer’s disease remains quite rare in the country.

Like many other conditions, Alzheimer’s disease is not the result of a single gene or genetic variants, but rather the result of many genes working in concert. Numerous other genes have been connected to Alzheimer’s, including APP and SORL1, both of which play a role in the central nervous system. A recent genome-wide association study identified SNPs in the TREM2 gene, which may lead to a 3-5 times higher risk of Alzheimer’s disease.

Taking action to reduce your risk

Genetics is not the only factor that determines the risk of Alzheimer’s disease. Environment, in particular, lifestyle choices play an important role in Alzheimer’s and other diseases. For Alzheimer’s, intellectually stimulating activities may reduce the risk. Doing crossword puzzles, learning a new language, and social interaction are all activities correlated with a reduced risk of the disease.

Dietary choices may also influence an individual’s risk of Alzheimer’s disease. Consumption of foods high in saturated fats may increase a person’s risk of both Alzheimer’s and cardiovascular disease. This includes deep-fried foods, pizza, dairy products, and fatty meats. On the other hand, the Mediterranean and Japanese diets may decrease a person’s risk of the disease. Both diets are rich in fish, vegetables, and whole grains.

At Nebula Genomics, we aim to empower you to explore the data that you receive from genetic testing. We offer a number of tools designed to give you easy access to your genome.

We’ve built genome exploration tools to enable you to answer any question that you might have about your DNA. You can easily examine a gene of interest to learn more and identify potential mutations. Or, you can use the genome browser to take a direct look at your sequencing data. Additionally, you can download your raw DNA data, including FASTQ, BAM, and VCF files, at any time.

If you are interested in identifying mutation in your genetic data, you might find the following DNA upload sites helpful: