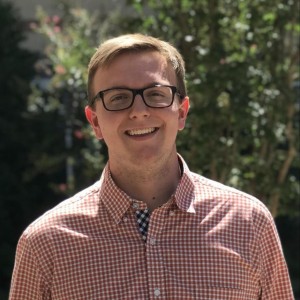 Can income be linked to genetics?

A new study says that genetics affects household income, but the evidence is not as clear as it sounds.

What the research says (and doesn’t say)

The researchers conducted a genome-wide association study (GWAS) that looked for genetic variants that contributed to differences in household income. We’ve explained GWAS before on this blog – essentially, it is a study that looks at genetic information of many people (in this case, 286,301 Britons), and determines correlations of a trait (in this case, household income) with genetic variants across the genome. This study discovered 149 genetics variants that are linked to income and collectively account for about 7% of differences in income.

So, what does that mean? Is a part of your income pre-determined by genetic code? Not necessarily. Income is a complex trait that is influenced by many factors. The associations found in the study are likely linked to differences in health, intelligence, physical appearance and other factors than a true “money gene.”

Another fact to keep in mind is that correlation does not imply causation, or in this case, the discovered genetic variants do not necessarily cause income differences. However, correlations can be used to motivate future research that makes stronger conclusions. For example, by investigating the function of different genes and understanding their possible influence on income.

What other scientists are saying

Other scientists have been quick to moderate the study’s results. Ewan Birney, Director of the EMBL European Bioinformatics Institute (EMBL-EBI), broke down that income is broadly downstream of intelligence and points out the complex role that geneticists must play in communicating their work effectively. Neurogeneticist Kevin Mitchell suggested that the environment plays a bigger role than the researchers accounted for, while behavior geneticist Jaime Derringer pointed out that everything is a little bit heritable. These critiques indicate that, as we noted above, the researchers have measured a complex interaction of environmental, health, and social factors rather than just income.

Genomics, income, and the future

This study belongs to the field of sociogenomics, an area of research that studies the influence of genetics on various aspects of social life. Sociogenomics research has been often criticized for its potential negative effects on society. For example, there have been proposals to implement genetic education scores to identify children who likely to struggle in school in order to provide them better support early on. However, this could also open door to dystopian scenarios where people are discriminated by educational institutions, employers, and insurers because of their genetic scores.

It’s also important to keep in mind that for complex traits such as income, genetics can explain only a fraction of observed variance because environmental factors play a very important role. For example, research suggests that your predisposition to attain education is correlated to wealth, suggesting that individuals from wealthier families tended to become more educated, earn more, and ultimately obtain more wealth.

Recently, the decreasing costs of genetic testing have enabled large-scale population genomics studies. These studies can help us decipher relationships between genetics and complex traits such as socioeconomic status. Here at Nebula, we’ve taken advantage of this technological leap to bring personal genomics to the masses. To counter some of the concerning aspects of personal genomics, we made it our goal to protect the privacy of our customers and allowing them to retain full control of their personal data. You can order your whole-genome sequencing kit today, or upload your existing 23andMe or AncestryDNA files to begin your own genomics discovery.