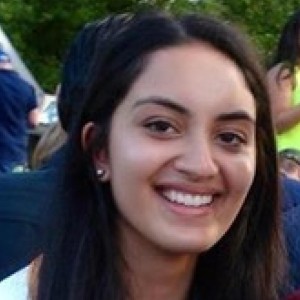 It is estimated that 350 million people worldwide suffer from one of 7,000 rare diseases, which are diseases that affect fewer than 200,000 patients. Approximately 50% of people affected are children. Typically, it takes five to seven years to diagnose a rare disease and involves children and their families visiting an average of seven different physicians. This long and arduous process is known as the “diagnostic odyssey.”

About 80% of rare diseases are genetic. With this in mind, there is a clear incentive for federal and state governments to adopt routine whole-genome sequencing (WGS), the most comprehensive genetic test available, into clinical practice, especially for children with undiagnosed diseases. WGS can provide timely diagnoses, reveal treatment options, and potentially save lives when traditional diagnostic tools fail.

Therefore, on January 6, 2020, a bipartisan coalition of senators, including Republican Senator Susan Collins of Maine, Democratic Senator Doug Jones of Alabama, Republican Senator Martha McSally of Arizona, and Democratic Senator Bob Menendez of New Jersey, introduced the Ending the Diagnostic Odyssey Act into Congress, which, if enacted, will enable states to use Medicaid funding to pay for whole-genome sequencing (WGS) analysis of children with undiagnosed, rare diseases. More specifically, this bill would create a three-year pilot program to cover 75% of the sequencing costs, incentivizing states to cover the remaining 25%. This bill is a counterpart to the House of Representatives bill H.R. 4144, which was introduced in August 2019.

You may wonder, why has WGS not already become mainstream in clinical practice? There have been discussions among clinicians about whether it makes sense to adopt whole-exome sequencing (WES) instead. It sequences approximately 2% of a person’s genome, encompassing all protein-coding genes, and is less expensive than WGS. Just a few years ago, the cost of WGS was nearly $100,000. However, today, the cost has fallen below $1,000 and will continue decreasing, making this cost argument increasingly irrelevant.

Another reason why WGS has not been adopted yet is that we are unable to interpret most of the data that it produces. Because many disease-causing mutations that we know of are within protein-coding regions of genes, which are captured by WES, many clinicians believe that it may not yet make sense to sequence the whole genome for rare disease diagnosis. However, geneticists are making tremendous progress in understanding the function of non-coding genomic regions and the role they play in disease.

There are examples that highlight the benefits of WGS over standard care. Rady Children’s Institute for Genomic Medicine in San Diego, CA performed whole-genome sequencing on 363 inpatient children under the age of one, yielding diagnoses for about 34% of these children within 96 hours. This resulted in adjustments in medical care for 67% of the diagnosed children.

However, to date, 95% of rare diseases still do not have any treatment options, highlighting a significant unmet need. There are efforts like the Rare Genomes Project, an initiative led by the Broad Institute of MIT and Harvard, which aims to recruit 1,000 patients and families with an undiagnosed, suspected genetic disease, with the hope that it will lead to more diagnoses and avenues for developing treatment options. In fact, there is hope that treatments for genetic diseases will become available soon, as the Food and Drug Administration (FDA) seeks to encourage the development of gene therapies and accelerate approval. However, even without treatment options, an end to the diagnostic odyssey is a relief to most rare disease patients. In addition, having diagnoses enables families to connect with other families that are dealing with the same struggles.

At Nebula Genomics, our mission is to make personal genome sequencing affordable for everyone. We hope that growing adoption by the consumer market will help demonstrate the value of whole-genome sequencing and fasten adoption in the clinic.